So it’s been a while since I’ve done a Diet Series post and for good reason: my bike died.  Or rather, the 2017 Top Fuel 9.8SL in size 19.5” frame cracked in the main triangle at the FSC Markham race as I was hopping back on the bike.  My local Trek dealer Beyond Bikes worked with Trek and got the frame replaced under warranty very quickly but it wasn’t exactly the same as my old bike.

The old bike was a 19.5” frame which Trek calls Large and it just fit my long legs.  I had the 410mm seatpost inserted beyond the minimum insertion amount, however the frame had cracked just below that point which made me think perhaps more seatpost insertion would be a good idea.  So when I submitted the old frame for warranty I asked if we could go up a size to 21.5” and Trek gladly obliged. The 21.5” frame has a longer headtube and top tube as well which would require adjustments.

To get my handlebars at the same height relative to the seat height, I had to remove 20mm of spacers below my stem.  This would have gone off without a hitch except my steerer tube on the Fox 32 SC Performance Fork was too short and I had to get new fork uppers.  While I was ordering new uppers I went ahead and upgraded to the gold Kashima coating, effectively turning the fork into a Fox 32 SC Factory Fork.

To get my handlebars at the same distance relative to the saddle, I had to go with a stem that was 20mm shorter as well.  The Bontrager 100mm stem was replaced with an 80mm stem which worked nicely.

The other thing that was different from the old bike was the frame model.  Trek replaced my Top Fuel 9.8 SL with a Trek Top Fuel 9.9 Race Shop Limited frame.  Besides going from all black to black and red, the 9.9 RSL frame has a Fox Float DPS Factory shock with the Kashima coating.  Since I was already swapping the uppers on my Fox fork, this would match nicely.  The other upgrade in this frameset is the chainstay is not aluminum like the 9.8 SL but the 9.9 RSL has a full carbon fiber rear triangle.

This is how I’ve been riding and racing the bike during the past 2018 Florida Endurance Season, and with a few events coming up I wanted to start the bike diet once again so this is where we start. 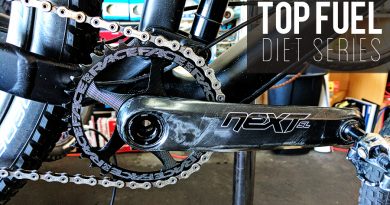 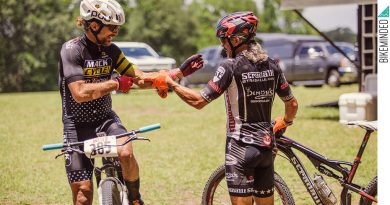 The Analyzer Presents: 5 Reasons You Should Try Endurance Racing